Falling prices for renewable energy and storage could help China get more than half its electricity from non-fossil fuel sources by 2030 at lower costs, according to a new analysis from the Department of Energy’s Lawrence Berkeley National Lab (Berkeley Lab), the University of California, Berkeley and Stony Brook University. 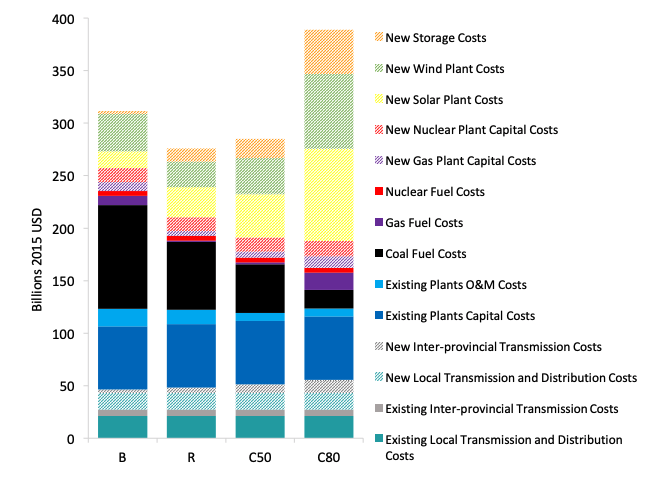 The cost of energy from solar panels, wind turbines and battery storage have dropped as much as 85% over the past decade—and are projected to decline even further. That means China’s power sector could derive up to 62% of its electricity from such sources at a cost that is 11% lower compared to a business-as-usual approach.

The study featured four scenarios for 2030 to simulate and understand the effects of the rapid decrease in renewable energy costs. In the scenario assuming a continuing trend of price declines for renewable energy and storage, those sources would account for 62% of China’s electricity. If the country were to impose a limit on carbon emissions to 50% of 2015 levels, it could achieve the reductions at a 6% lower cost while delivering 77% percent of electricity from non-fossil sources.

A few processes would need to take place simultaneously in order for this shift to happen on China’s electric grid, the authors write. Both renewable and storage capacity and transmission infrastructure must be scaled up quickly, and investments will be needed for this infrastructure transformation. Social and economic equity would also need to be addressed during the transition to lower carbon power systems.

The paper, “Rapid cost decrease of renewables and storage accelerates the decarbonization of China’s power system,” has been published in the journal Nature Communications.