The China Energy Group of Lawrence Berkeley National Laboratory (Berkeley Lab) participated in the two-day U.S.-China Climate Leaders Summit in Los Angeles this week. The Summit fulfills a key element of the U.S.-China Joint Announcement on Climate Change by Presidents Obama and Xi last November, helping to ensure that the ambitious actions to address climate change that both leaders committed to will be implemented at the state and local level, where they matter most. China's cities announced the formulation of the new Alliance of Peaking Pioneer Cities (APPC). All cities and provinces in the Alliance have established, for the first time, peak years for carbon dioxide emissions that are earlier than China's national goal to peak around 2030.

China Energy Group Leader Lynn Price spoke at the breakout session on Low Carbon City Planning, describing the Group's recent finding that 58 percent of China's energy-related carbon dioxide emissions are from urban areas, and was a panelist during the breakout session on Low Carbon Energy where she described the Group's suite of guidebooks and tools to assist China's cities in low carbon city planning. Nan Zhou, Deputy Group Leader of the China Energy Group, organized and co-moderated the breakout session on Climate-Smart Buildings and Green Infrastructure along with the Group's collaborator, Ye Qing of the Shenzhen Institute for Building Research. Feng Wei, a Senior Scientific Engineering Associate in the Group, gave a presentation on Smart Buildings and Communities during this session.

"The China Energy Group has extensive experience working with Chinese institutions and cities to lower their carbon emissions," Price said. "Now we're looking forward to joining with others to offer our knowledge and resources as part of the efforts following this Summit to assist China's cities in peaking their energy-related carbon dioxide emissions as soon as possible." 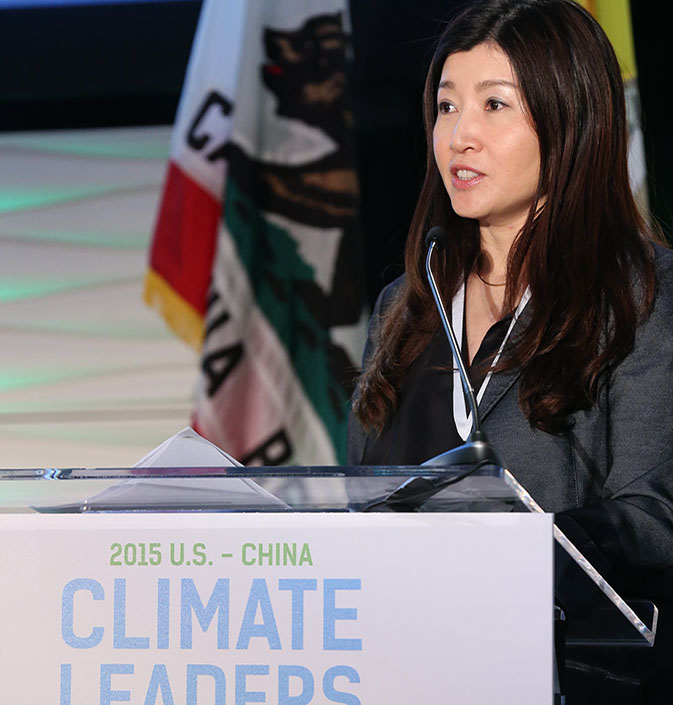 There were a number of announcements made at this Summit, including the following:

The California-China Urban Climate Collaborative (CCUCC)—led by ICLEI-Local Governments for Sustainability in partnership with Berkeley Lab, the California-China Office of Trade and Investment, the Bay Area Council, and the Asia Society—announced a new long-term exchange between cities in California and China seeking to reduce carbon emissions and air pollution and advance the clean energy economy. Through the CCUCC, participating cities will receive tools and technical support, access to a panel of leading experts, and networking opportunities to drive emissions reductions through proven climate action planning processes and technology solutions. More on CCUCC can be found here.

Additionally, Berkeley Lab announced it will provide technical support to the Shenzhen Institute for Building Research, which is designing a testing laboratory similar to Berkeley Lab's FLEXLAB®, a state-of-the-art building efficiency simulator.

More on these announcements can be found in this White House fact sheet on the climate summit.