On Friday, May 1, 2015, an official ceremony celebrating the collaboration between the Shandong Academy of Science and Lawrence Berkeley National Laboratory (LBNL) was held on-site at Berkeley Lab. This occasion furthered discussion on scientific and technical cooperation activities under the U.S.-China EcoPartnership and the 2009 U.S.-China Clean Energy Announcement.

This was followed by statements from Director General Weimin Liu of the Science & Technology Department of the Shandong Provincial Government, who remarked, “this joint research program can bring us resolutions to the challenges we encounter in the energy sector,” and Lynn Price, Group Leader of the LBNL China Energy Group.  Ms. Price reflected on her long working experience in China, which began in the early 2000s in Shandong, and stated that the partnership would advance LBNL’s capacity for analysis of China’s energy consumption trends, scientific research, technology assessment, policy evaluation, and on-the-ground collaboration.

In this venture, LBNL will collaborate with the Shandong Academy of Science through the U.S.-China EcoPartnership program under China’s National Development and Reform Commission (NDRC), the U.S. State Department, and the U.S. Department of Energy (DOE). LBNL and the Shandong Academy of Science are developing low-carbon, eco-city methodologies, tools, and guidebooks, and disseminating them throughout Shandong Province.

During the ceremony, Weimin Liu and Lynn Price signed a letter of cooperation, demonstrating their support for collaboration between the Academy of Science and Berkeley Lab. At the conclusion of the ceremony, Dr. Simon and Governor Wei Sun unveiled a plaque commemorating the Shandong/Lawrence Berkeley National Laboratory EcoPartnership. 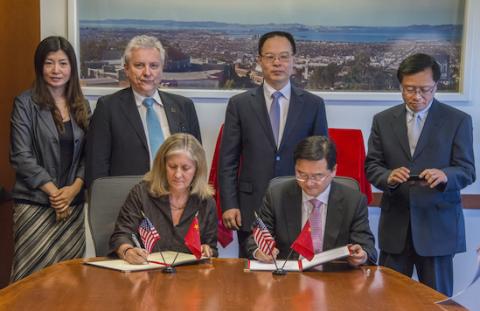 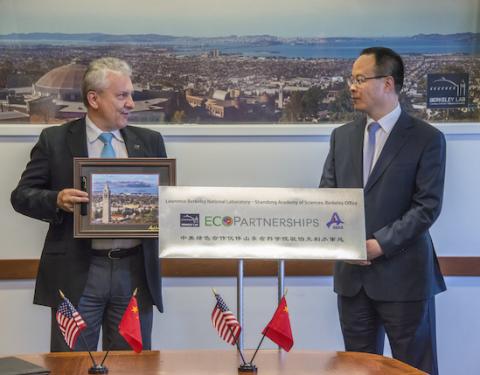 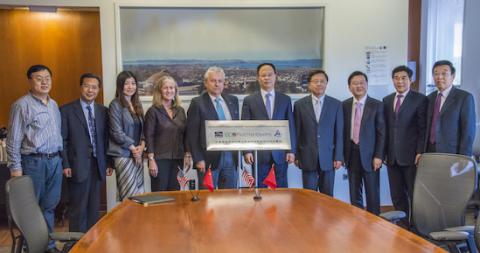